Entered my new home, decked up in wedding finery. Not really processing what my mother must be going through. बेटी की विदाई हर माँ के लिए कठिन होती है. It was only after I went to their house for my first फेरा, my mother told me that my father broke down after the doli. The person who has NEVER shown emotion in front of people. For the 2 decades of them being married, my mother had never seen my father cry. All this while I was thinking about what my mother must be going through. However, never even once I thought about how hard it is for my father.

Back in the day, the involvement of fathers in the child’s life was only restricted to a few hours in a day. They fulfilled occasional duties like dropping children off at school, or taking them out for ice cream.

Some fathers had transferable jobs (many times to remote areas) so it was natural for the mother to be the primary parent for the child.

No one expected them to do more and be more present for the child.

Does that mean that the Father’s role does not impact the child’s development?

Involved Father or distant Father. Children always crave their father’s love and appreciation. The same goes for Fathers. Whether near or far, children always come first.

If you dig deeper, Steve Martin is absolutely right.

In that generation, a father meant being the only breadwinner for their wives and children. And sometimes also for their parents, younger siblings.

These many responsibilities came with a price, which was not being present for their children.

They were occasional fathers also because that’s what they knew. Not because they loved their children any less!

Even though the children knew that this was the job of the father, they did not stop wanting his attention.

The role of a Father has changed drastically now.

First I used to think that it is only true for metropolitan cities. Where the families travel extensively and see other cultures.

Or It could be living in Nuclear families. Where there are no judgy eyes of a Mother-in-law trying to remind the son every day:

But my research reflected that even families in smaller cities understand that being there for their children is the father’s responsibility as well!

Fathers are as involved as a parent in the child’s life as the mother. They are actively helping the mother in raising a child.

What brought this change in Fathers?

After talking to many couples (some of whom agreed to be named for the blog).

They are raising their adorable baby Kaveer together. Shared parenting is not something unusual for them.

Even while growing up. Sonal and Nikhil saw the traditional fathering style. They both find it strange that raising a child is only a mother’s job.

Nikhil has been asked on various occasions why he chooses to spend time with his son instead of sitting with his buddies. Why doesn’t he let Sonal do all the hard parts of Parenting?

He gave the simplest answer- He and Sonal had this baby together. Why should only Sonal sacrifice her career and do all the parenting?

Sonal and Nikhil both are accomplished in their professions. Sonal is an author and an artist. Nikhil is a musician with several movie songs to his credit.

From chasing his inquisitive toddler (Ah! That age when everything goes in the mouth). To make him giggle with his silly faces. To sing and play the guitar for him.

Nikhil does it all with élan.

Nikhil drew his fathering style from his childhood experience.

Sanjeev decided to be a hands-on father to his 2 daughters because they lived in a nuclear family.

Mallika and Sanjeev Gakhar have lived in India and abroad. They both are working parents. Sanjeev is in a high corporate job and Mallika is a teacher.

Even though both of them have a strong support system in their families.

Sanjeev never escaped his responsibilities as a Father. He has had as many sleepless nights with their newborn daughter as Mallika.

Getting to sleep a few hours at a stretch is a luxury for new mothers. But Sanjeev changed this narrative. He stepped up and gave his wife the recovery and rest her body needed.

Sanjeev steps up equally for their older daughter Shanaaya. From helping her in Art projects to cooking special Sunday meals for them. He does it all.

You must be thinking, yeah it’s all fine in big cities. Parenting in smaller cities is still the same as before.

They are the parents of a beautiful girl Vihana. Both of them come from traditional backgrounds. Pratibha says that when Rianna was born Vaibhav stepped into his role as seamlessly as she did as a mother.

Pratibha and Vaibhav have high-pressure jobs. They live in a joint family. Pratibha has the help she needs. She juggles her profession and motherhood really well.

But this doesn’t make Vaibhav take his role for granted. He is actively there with Vihana having some goofy time together.

After I chatted with them and many other modern-day Fathers,

A couple of patterns emerged

At 22-23 a person is learning to be an adult. Expecting them to take responsibility for another human being can be overwhelming. Neither there is knowledge nor awareness of raising a child.

This research was a happy experience and reminiscent of the fact that Fatherhood is evolving and going in the right direction.

A Father taking his role seriously doesn’t just create a happy home for the child. This also makes sure that the child is emotionally, mentally, academically progressing.

When fathers spend time with children, show them affection and care. Children exhibit self-confidence and healthy social skills. They feel calm and secure emotionally. They have healthier relationships when they grow up.

कितनी बार आपने नोटिस करा होगा. Many parents say, As I raise my own children I find myself repeating the same behaviour patterns as my father. It is natural for a person to do the things they have seen growing up.

So if someone had a father who openly expressed emotion the children will feel secure enough to do the same.

If a baby girl has a father who CHOOSES to make fathering a priority. Who has opened avenues where she could go to her father and share her emotions and feelings. She is less likely to choose a toxic unhelpful partner as an adult.

Similarly for a baby boy, If a boy sees a happy man who loves and respects his wife. Give his children the attention they deserve. Then the little boy will emulate the same behaviour as an adult. (and God knows we need men who respect women and treat them well)

Role of a Father in Academic Areas

Such children are cognitively strong and perform better in school. A study done by Varghese and Wachen in 2016 tells us that a father contributes a whole lot to a child’s reading, writing and language development.

So having a father who connects with their children not only affects the emotional and mental well being but academic performance as well.

Daddies don’t just love their children every now and then, it’s a love without an end. – George Strait

While we talk about a mother’s contribution we sometimes oversee a father’s efforts and importance.

Fathers had/have always made their children their focus. This blog is just a reminder of that.

As much as we love and respect our fathers and their style of fathering. Let’s welcome the involved, emotionally available Modern Day fathers with open minds.

I hope I could convey how much of a difference a father makes in a child’s life.

What is the Most Effective Way of Learning for Children? Writing or Screen?

Why do Children Avoid Learning Hindi? & What Can Parents do

8 Toys That Every Child Needs in Their Toy Box 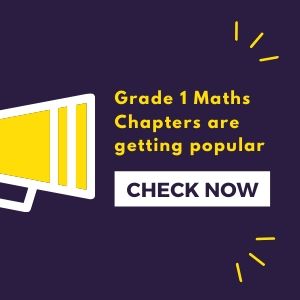 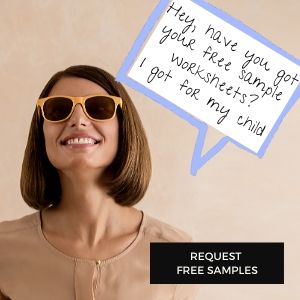